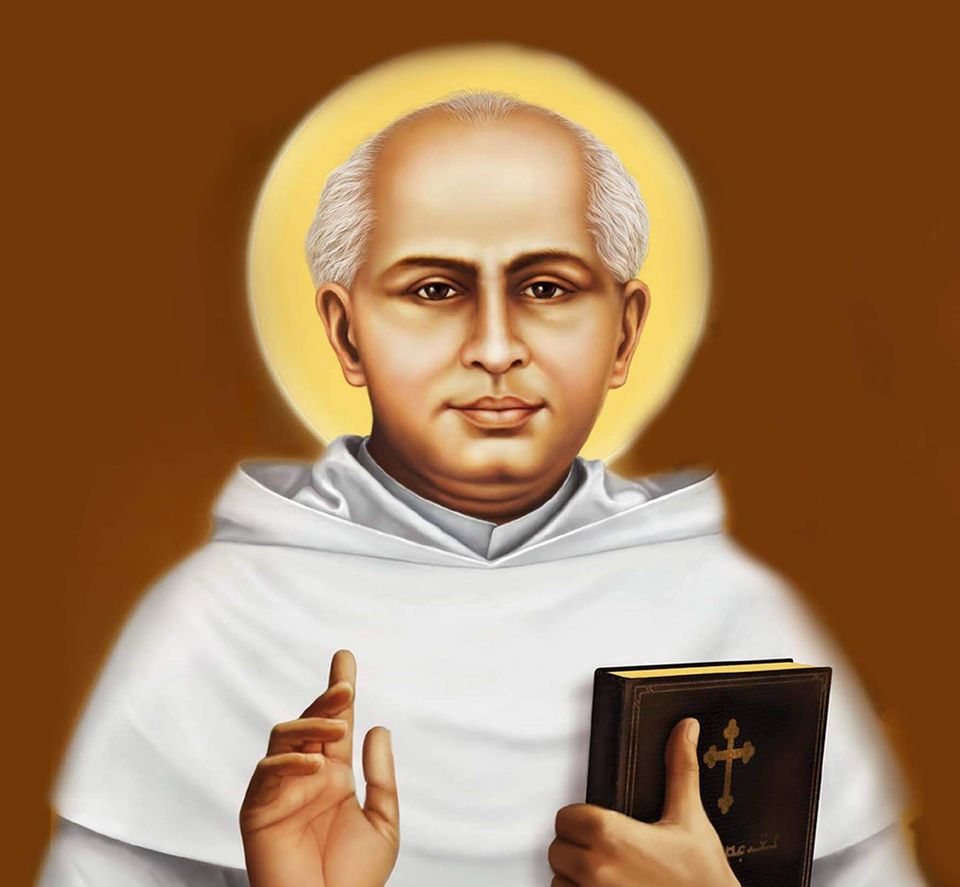 Saint Kuriakose Elias Chavara (1805 - 1871), the founder of Carmelites of Mary Immaculate (CMI) which is the first indigenous religious congregation in India,is our lodestar.  He was a social reformer, poet, dramatist and educationalist. He produced fundamental changes in the educational scenario of Kerala by starting the first free Sanskrit school open to all sections of society in 1864.
He initiated and actively pursued the policy of starting a school attached to every church. He died at the age of 65 on 3rd January 1871. Hence 3rd January is celebrated as our Founder’s Day. Thanks to his efforts, today the CMI congregation has an extensive network of 520 educational institutions ranging from play schools to professional colleges in several parts of India and abroad. Our founder’s canonization in 2014 has been a major fillip for us to rededicate ourselves to the values and vision that he stood for.